Gender Perspectives in the 21st Century

* Gender Perspectives in the 21st Century
* Reflections on Beijing+10 and Challenges for Women's Human Rights
* Gender Equality and Social Justice in the Age of Globalisation
* Peace and Security: The Need for a Gender Perspective

Exactly ten years ago the United Nations World Conference on Women adopted the Beijing Platform for Action – a comprehensive action package to globalise women’s rights. The Heinrich Böll Foundation will take this as an opportunity to host an international conference in Berlin this coming September. We will contribute to this conference with two Special Issues: In the present first issue, Barbara Unmüßig gives a short introduction into the state of affairs ten years after Beijing. Charlotte Bunch sketches the challenges women’s policy is facing after the 10-year review by the UN Commission on the Status of Women in New York. Christa Wichterich looks at the perspectives of gender equality and social justice in view of neo-liberal globalisation. Gitti Hentschel examines activities and strategies developed by women to overcome gender blindness in national and international foreign and security policy. And finally, she also presents approaches which – despite all obstacles and opposition – promise true potential for the Federal Republic of Germany.

This Special Issue is published in co-operation with the Heinrich B&ouml;ll Foundation, Berlin, on the occasion of the international conference Femme Globale: Gender Perspectives in the 21st Century, 8 – 10 September 2005 (www.femme-globale.de). 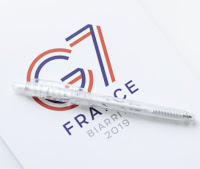